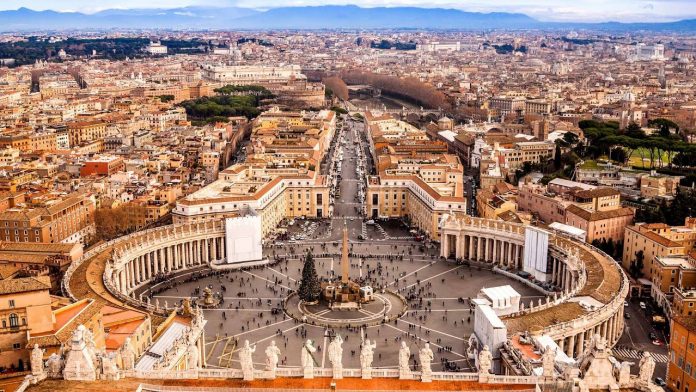 Vatican City is the smallest country in the world. Apart from being one of the most sacred places in Christendom, it has a huge amount of history of 2 millennia. It was a part of Rome for 200 years till it became independent in 1929. Since then, Vatican City is now under the Pope as the head of the Catholic Church. You are able to literally travel the whole country within a few hours only due to its small size of 121 acres. The population of this country is only 453, in 2019.

Got an idea of how far the history of Vatican City is? Due to its deep historical roots, there are many religious and cultural sites in Vatican City. To name a few, St. Peter’s Basilica, Sistine Chapel, and the Vatican Museums. In addition, the country also holds a few of the world’s well-known paintings and sculptures. The economy in Vatican City is quite unique. The country is supported by donations from the faithful along with their postage stamps and souvenirs market, admission fees to museums, and publication sales. Fortunately for tourists, Vatican City charges no taxes and its products are duty-free.

St. Peter’s Basilica is situated on top of a city of the dead

In Rome A.D 64, a great fire consumed Rome and so Emperor Nero sought to put the blame on the Christians for starting the fire so that none would blame him. As a result, the emperor had them all burned, torn apart by wild beasts, and crucified. Among the dead was St. Peter, who was a disciple of Jesus Christ and the leader of the Apostles. The man was buried in a shallow grave on Vatican hill. Presently, the basilica stands above a maze of catacombs and what was suspected to be St. Peter’s grave.

Popes refused to leave the Vatican for nearly 60 years

Up until 1870, the majority of the independent Papal States in central Italy were governed by Vatican City. A cold war developed between the church and the Italian government as most of the Papal States, with the exception of the Vatican, were governed by the state. The popes refused to acknowledge the Kingdom of Italy’s power and they wouldn’t be under the Italian national’s control. Hence, the popes refused to leave the Vatican for 60 years and be at peace with the Italian government.

As the church and the Italian government continued their cold war, Mussolini, who was the head of the Italian government, signed a treaty instead of King Victor Emmanuel III. Hence, the conflict ended in 1929 with the Lateran Pacts signed which created the Vatican and allowed it to become its own sovereign state. The church was compensated $92 million by the Papal States and they used the money to nurture their coffers.

Popes didn’t live in the Vatican

Popes chose to live principally at the Lateran Palace across Rome. In 1309, the popes left the city when the papal court had taken its place in Avignon, France. King Phillip IV even arranged for a French cardinal to be elected pope. In 1377, however, the Lateran Palace was consumed by fire and the Vatican was used as a Papal residence. There were a lot of repairs to do but the Vatican had fallen into such a bad state. They needed to fix various features and call a contractor for water damage. For example, bodies in the cemetery were dug by wolves and even cows wandered through the basilica.

The Swiss Guard were mercenaries

The Swiss Guard are donned in colorful and Renaissance-era-like uniforms. They have been protecting and acting as the pontiff’s shield since 1506. Before they were The Swiss Guard, they were Swiss mercenary forces for Pope Julius II’s protection. Presently, the Swiss Guard’s duty is to protect the safety of the pope. Even though the country is small, its soldiers are trained and highly skilled. Just like its name, the force consists of Swiss citizens. Additionally, to become a Swiss Guard, one must be male between the age of 19 to 30 years old, Christian, and completed military training.

In 2011, there were 71 cardinals, 109 Swiss Guard personnel, 51 clergies, and 1 nun living inside the Vatican. Meanwhile, the rest of the citizens who are members of the clergy are on a diplomatic mission across the globe. Another thing to keep in mind is that since Vatican City lacks hospitals, no one actually gives birth there. To become a citizen, one must work for the church. Relatives who reside with the employee in service and are employed may also be granted citizenship.

Even though Vatican City has less than 1,000 residents, it possesses the highest crime rate compared to any other country worldwide. The crimes are usually committed by tourists in the area. The most common crimes include shoplifting and pickpocketing. Hence, to combat this issue, Vatican tourism constantly warns tourists to be on high alert at all times and guard their items.

As of 1984, The Vatican was listed as a World Heritage site. Included are the city of the Vatican and the properties of Rome such as the Basilica of St. Peter and Saint Mary Major.