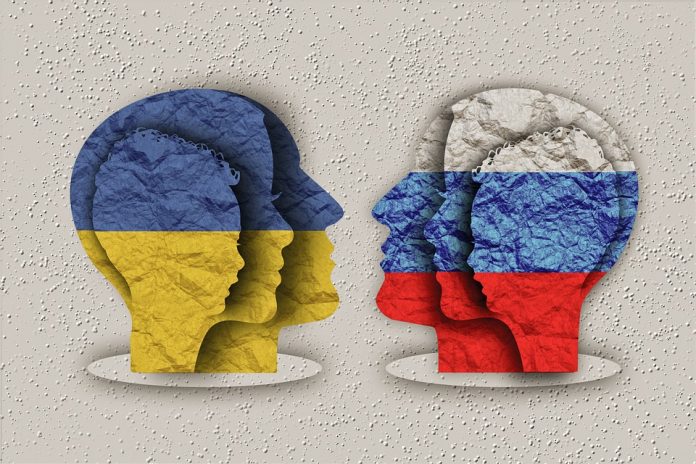 What is happening between Russia and Ukraine? Even though this crisis is ongoing between the two countries, it is impacting almost the whole world. Here in Europeworld, we are stating the matter. Go to Teh Talk for more articles like this.

The Russia-Ukraine conflict has not yet seen the ‘light at the end of the tunnel’ but it is seen to be spreading. This conflict can of course cause uncertainty around the world, either directly or indirectly.

There are several causes that are the cause of the military conflict that is taking place on the territory of Ukraine at this time. These things can be described as thorns in the flesh of diplomatic relations between Russia and Ukraine since the fall of the Soviet Union (USSR) era in 1991.

There are four causes of this conflict.

Moscow is quite reluctant to let go of Ukraine because of historical and cultural ties. In fact, history records Kyiv once being the capital of the Soviet Union a long time ago.

Moreover, the blood and fraternal relations between Ukraine and Russia do indeed make the two regions very close.

Since the fall of the Soviet Union, NATO has been seen as increasingly ‘greedy’ and extending its power to the territories of the former Russian colonies.

NATO’s attitude of being never satisfied with the 12 countries during the establishment of NATO in 1949 is the cause of this conflict; to date, 32 countries have joined NATO which is seen to be growing.

In fact, in almost every corner of the world, NATO is developing military unions that are deemed aimed at threatening Russia. Third, is Ukraine’s desire to join NATO. This is seen as the main cause. Ukraine is the second-largest country in the territory of the Soviet Union after Russia and it is seen as the biggest threat to Russia.

Russian military prowess is recognized as the second strongest in the world with the 4th highest military expenditure in the world. Technically, Russia is capable of capturing the whole of Ukraine if NATO and EU forces remain silent.

However, even though Russia has big military strength, it is said that their military progress in Ukraine is slowing down to 20%. This shows that their initial intention of Putin isn’t fulfilled. Then, a senior Pentagon official stated last week that Russia had lost 1,000 tanks since the conflict began.

In terms of continuing the forces in Ukraine, Putin chose a new commander, named Gen. Aleksandr Dvornikov. This happened in April, which was largely seen as an indication that Russia’s first battle plan was failing.

As soon as he arrived in Russia, General Dvornikov sought to bring together disconnected air and land troops, according to American sources. It’s been two weeks since his last appearance, leaving some to question if he’s still in control of the war effort.

Also, Russian pilots are continuing to behave in the same risk-averse manner as they did in the early weeks of the war, dashing across the border to perform strikes and then rapidly returning to Russian territory, instead of staying in Ukrainian airspace to restrict access to their enemies.

Why There Isn’t Any Political and Military Help From Others

Any military or economic response from Russia will have an impact on the rest of the world as we have begun to see today, namely a sharp rise in the price of crude oil and gold.

None NATO member state has helped by sending troops to Ukraine so far. You might be wondering why NATO is one of the reasons why Ukraine and Russia are in this mess. Why? So Is it because Ukraine has not yet been accepted as a member of NATO? Ukraine has not yet been officially accepted by NATO, so with this, there is no binding between NATO countries in defending Ukraine.

The second reason is that it all comes back to what is a great concern to them is that the military capabilities possessed by Russia will not be able to compete with these small countries. Russia’s nuclear weapons also make it a country respected by friends and foes alike.

What Countries That Was Impacted Due to This:

If this war gets bigger and involves more countries, then it is feared our interests in Azerbaijan and Turkmenistan will be affected. After all, it is the nearest country in the region.

Trade between east and west passing through the sea route will definitely be affected as this conflict will cause the flow of maritime traffic to be disrupted.

Sanctions by the US as well as Europe against the Russian maritime industry also led to the passage in certain materials that are stuck indirectly. Among the actions that Malaysia can take include removing Malaysians from conflicted peripheral areas such as Belarus, Poland and Bulgaria.