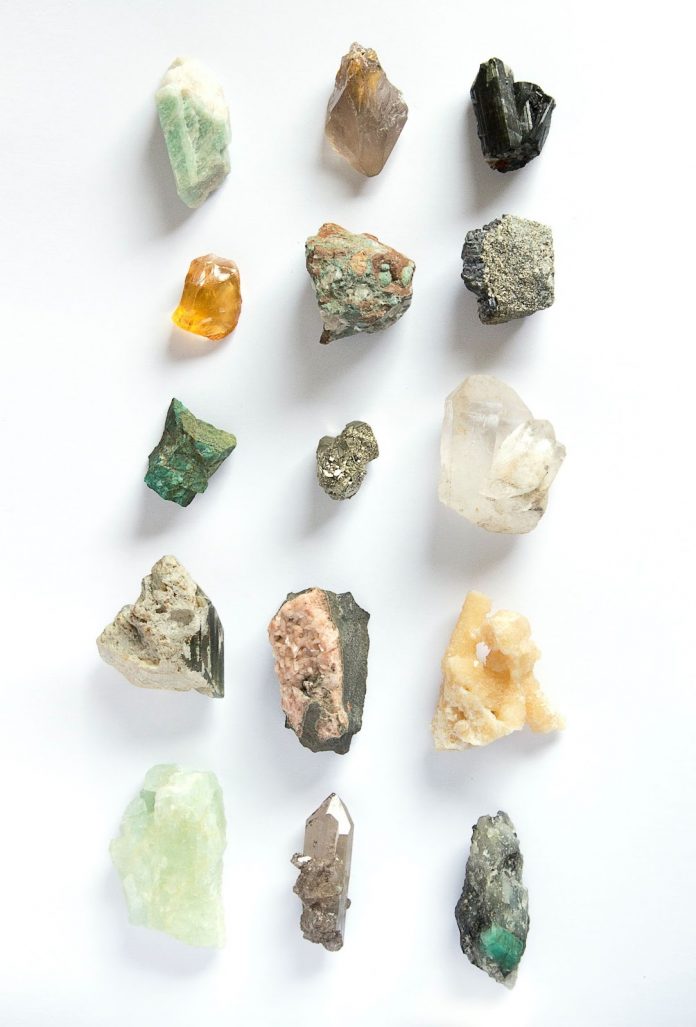 A mineral is a naturally occurring pure substance that forms naturally under geological action, is symbiotic with the earth, and is composed of a crystalline structure. Usually, it has the appearance of a solid inorganic compound, depending on what chemicals are present in it, and what appearance and colour it has. For thousands of years, minerals have been an important material for people to produce and process. Minerals are also used in many fields such as chemical, food, medical and wastewater treatment, and are an important part of the industrialization process. However, with the development of modern society, minerals have been interpreted in more diverse ways. Many people believe that the minerals in natural crystal minerals contain a magical power. This power has the great effect of fulfilling people’s wishes, dispelling all kinds of bad karma, resolving all kinds of disasters, and bringing good luck, success and happiness to those who wear them, improving their lives. Therefore, people have summarized many minerals that can bring help to people and what they can do. If you feel dissatisfied with your life or think that your bad luck is always preventing you from doing anything, you should take a look at this now!

This is a yellow mineral that is considered to be of great value because of its transparency and brilliance, as well as its rarity in nature. As a result, citrine is very expensive and is often cut into pendants or rings to be collected and worn. Often, citrine is considered to have a strong positive energy, especially for business people. Citrine is considered by many to be a businessman’s mineral, helping them to gather wealth and stabilize their business. For this reason, many businessmen place him in their homes or offices to bless their businesses with prosperity. In addition, citrine is also believed to enhance one’s confidence in one’s abilities, making one more calm and collected, clear-headed, rational and efficient, helping one to do one’s business better, and giving one an air of confidence and joy.

Its name comes from the Greek word for “unbreakable” or “uninebriated”. It is one of the most expensive of the natural crystal minerals, usually ranging in color from light violet to deep purple. The beautiful purple color of natural amethyst is due to its high concentration of minerals such as iron and manganese. In ancient times, amethyst was often used as a carving stone. In ancient Greece, amethyst was used to make wine vessels, and it was believed that if one drank from them, one would not get drunk. In medieval times, soldiers believed that amethyst amulets would protect them from swords. Thus, it is safe to assume that there was a deep belief in the mystical power of amethyst as early as ancient times. And in modern times, amethyst is often associated with good luck, helping you to follow your intuition and lead to success when making important decisions.

This is an incredible metamorphic form of quartz, which is a type of chalcedony mineral. With its delicate texture and vivid colors, agate has been widely used by the ancients since ancient times to make playthings, ornamental objects, and jewelry. It has many types. High-quality agate has the characteristics of bright surface, firm and well-defined inlay, and no scratches. In ancient times, agate was first discovered in ancient India and is therefore deeply associated with the culture of ancient India. In Buddhist culture, agate is one of the seven Buddhist treasures and has been used as a talisman to ward off evil spirits and protect the body. It is a mineral that is believed to give courage and strength, it promotes your success, good luck and enables you to be creative in abundance at all times, to face difficulties head on and to help you make wise decisions.

One of the five traditional cardinal stones, this is a type of gem-quality corundum. Its name comes from the Greek word “Sappheiros”, meaning blue stone, and it is usually available in blue, light blue, clear, pink, yellow, green and white, its most characteristic feature being its uneven natural color distribution. In industry, sapphire has many important applications, such as transparent armor for tanks, wear-resistant components, window materials and electronic devices. The world’s best sapphires are currently produced in Burma, Sri Lanka and Madagascar. Since the past, sapphires have been used to decorate churches, temples and other religious places and as a tribute for religious ceremonies because of their crystal clear color. In addition, sapphires were also used by some European rulers for their crowns and gowns. In modern times, sapphires are considered to be a symbol of wisdom, helping people to make the right choices in all aspects of their lives.

This is a quartz aggregate mineral, usually in tawny, blue and reddish-brown colors. Its texture is fine and tough, and it is named tiger’s eye because its form and color resemble a tiger’s eye. Tiger’s eye is one of the most precious stones in the world. A good quality tiger’s eye is bright, complete, lustrous, with clear lines like a tiger’s eye, and the stone is free of impurities and has a uniform texture. This type of tiger’s eye stone is a natural treasure. At present, the world’s main sources of tiger’s eye are located in South Africa. As a mineral named after a tiger, it is believed that wearing a tiger’s eye stone also represents that one can be as powerful as a tiger. Most people believe that the tremendous energy of tiger’s eye stone can bring great good to the owner who wears it, allowing a person to not be afraid to make decisions, communicate with people, and advance their interests. It is also believed that this stone has the ability to predict the future and help people to make courageous and wise decisions.

These are the five minerals that people believe can bring them positive energy and luck. Different minerals apply to different people and their different goals. If you have identified your heart’s desire, then you can start trying to find a mineral that will bring you good luck at different stages of your life.

Carrying the Asian Streetwear Theme in the Middle of the European...