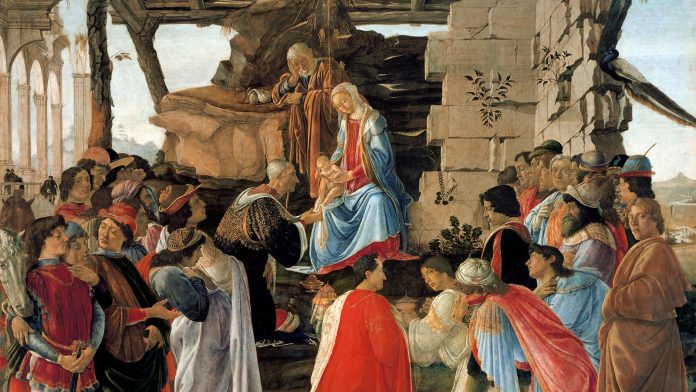 Unless you’ve been living under a rock your whole life, you have most likely come across the last name ‘Medici’ or the term ‘House of Medici’. Perhaps you’ve heard it from one of the countless movies or television shows about the family or maybe you read it in a history book.

But have you ever delved deeper? Have you ever been curious about the contributions of this powerful Italian dynasty that held onto power for centuries? What exactly have the scions of the Medici family done that was so memorable to justify their legacies lasting until today? We’ll paint a clearer picture of the impact this aristocratic family made during the age of renaissance.

Let’s take a look at the background of this European dynasty. The Medicis first started gaining prominence in the mid 1400s. Originally from a small village in Florence, they made their fortune through banking and trade. The Medicis overtook every other prominent family in Florence by building their wealth and connections until they were able to take control of the city. They held onto power in Florence for three centuries. As Florence was at the center of the renaissance age, much of its development is attributed to the powerful family as they were famed art lovers and patrons.

The House of Medici owed their jaw dropping fortune to the profession of banking. They were not business owners or merchants preoccupied with Business Credit Reports, which is a popular misconception.

Giovanni di Bicci de’ Medici founded the Medici Bank, then Europe’s largest bank, and became one of the wealthiest men in Florence. He increased the family’s popularity by supporting a proportional system of taxation. Cosimo de’ Medici eventually cemented the family’s place in the people’s hearts by patroning art, learning and architecture.

Apart from being bankers, the Medicis were also famous for being politically active. Some members of the family were even exiled from Florence at certain points in history for their political exploits. After generations of behind the scenes involvement in Florentine politics, the Medici family was granted a hereditary dukedom in 1532, the Duke of Florence. In total, the House of Medici produced four Catholic popes and two queens of France. Clearly, their impact on European culture was not a mediocre one.

There’s a reason why the Medici family is often referenced in popular culture until today. They have contributed a great extent throughout their three century rule in Italy. Here are some of their most famous contributions.

Without a doubt, the Medicis most well-known accomplishments are involved with art. They were great admirers of art and helped to expedite the cultural, intellectual and artistic rebirth in Florence that is now referred to as the renaissance period. The High Renaissance was an exceptional time in history where art and culture flourished and a big part of that is thanks to the House of Medici. Many of the artwork the family commissioned still exist today and can be viewed in exhibitions.

The Medicis used art as a type of marketing tactic for their family. They commissioned various artwork in order to endear themselves to the public and to create their brand as a powerful family that should be feared and respected. And it worked!

Their patronage helped bring into the world exquisite masterpieces by masters of their craft namely Michelangelo, Botticelli and Leonardo da Vinci. The Medicis often commissioned family portraits or wall paintings which would adorn their many castles and other lavish residences.

Pope Clement VII, who is part of the Medici family, was the one who commissioned Michelangelo to paint the altar wall of the Sistine Chapel. The pope died before the project was completed but thanks to him, we can still view it today. It is now known as The Last Judgment.

Cosimo di Giovanni de’ Medici, or more famously known as Cosimo the Elder, commissioned Donatello’s Bronze of David. This sculpture was one of the most influential pieces in its time and still remains a popular work of art today.

An example of the Medicis using art as propaganda can be seen in La Cappella dei Magi (The Journey of the Magi) by Benozzo Gozzoli. This wall painting depicted several Medici family members in the company of a king. With this work of art, the Medicis placed themselves as equal to royalty and they were treated as such, at home and beyond.

Architecture is arguably another form of art but it deserves to stand alone. After all, just like artwork, you can still see much of it today if you went traveling in Europe. The Medici family were responsible for several notable constructions in Florence including the Uffizi Gallery, the Boboli Gardens, the Belvedere, the Medici Chapel and the Palazzo Medici. These buildings were often built to celebrate and honor the Medici family.

The French queen, queen Catherine de’ Medici also contributed to architecture by ordering construction be made on Château de Montceaux, Château de Saint-Maur and Chenonceau. The Medici queen also built two new palaces in Paris: the Tuileries and the Hôtel de la Reine. These buildings were constructed in honor of her late husband, King Henry II.

In the Medici Chapel where some of the most prominent Medici family members were laid to rest, several statues sculpted by Michelangelo can still be seen today. These statues are named Night, Day, Dawn and Dusk. Together, they serve as metaphors on life and death, the quick passage of time that comes for everyone; even the rich and powerful. These amazing sculptures adorn the tombs of Lorenzo and Giuliano de Medici.

Michelangelo was close friends with several of the Medicis including Lorenzo. In fact, he created his earliest prominent work while under Lorenzo’s patronage. Michelangelo was practically raised as part of the family and household. This makes the emotions seen behind the sculptures that much more significant.

A lesser known contribution from the House of Medici is in the field of science. The family were patrons to the father of modern astronomy himself, Galileo Galilei. The famed astronomer tutored many generations of the Medici family. Despite this, when the Catholic Church declared him a heretic for his discovery that the Earth orbits the Sun instead of the other way around, the Medicis withdrew their patronage.

In light of their countless contributions, the House of Medici’s legacy will live forever in history books. Which goes to show, if you want to make a name for yourself, invest in art and pay your artists fairly!