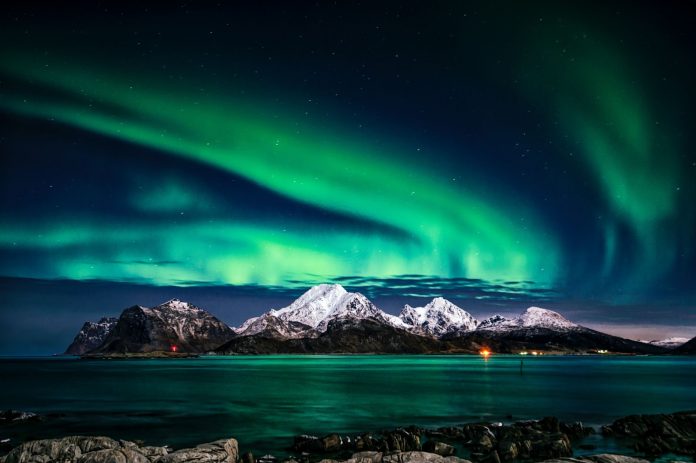 Europe is a fascinating continent, home to some of the world’s most visited attractions and astounding natural and human marvels. You may know a lot about Europe, but we’re sure there’s a lot more to learn about this big continent. Europe is home to some of the most visited countries in the world, as well as rich history, stunning art, and breathtaking natural wonders.

Here are 12 facts about this incredible continent that may wow you.

1. The construction of Barcelona’s Sagrada Familia is taking longer than the pyramids

Egypt’s ancient pyramids were built over an 85-year period between 2589 and 2504 BC. The Sagrada Familia, Antoni Gaudi’s masterwork, began construction in 1882 and has been under construction ever since. Gaudi never got to see his masterpiece finished.

Barcelona intends to finish it by 2026, the 100th anniversary of Gaudi’s death, after 144 years of construction.

2. Nearly every city in France has a street named for Victor Hugo

In practically every city in France, a street is named for Victor Hugo, the country’s most famous poet and novelist.

Hugo was a Romantic who not only wrote “Les Miserables” and “The Hunchback of Notre Dame,” but was also devoted to his nation and a political advocate. It’s no surprise, then, that his image appears on the country’s money.

3. Disneyland Paris is one of the most popular attractions in all of Europe

Perhaps the Eiffel Tower comes to mind when you think of a European tourist destination. It attracts only 7 million people each year, compared to 9.7 million at Disneyland Paris.

A Disney theme park is one of Europe’s most popular attractions, and we’re not sure how we feel about it.

IKEA is so popular in Europe that one out of every ten births is conceived on one of its beds, according to estimates.

Despite the fact that this figure has been extensively publicised on respected sites, it is unclear where it came from. IKEA has stated that it will look into the claim.

IKEA is known for having difficult-to-understand instructions, but it appears that everyone has worked out at least one activity…

5. In Switzerland, having only one “social pet” is forbidden.

The Swiss consider that not having a friend for certain gregarious pets is cruel. You must have multiple guinea pigs, rabbits, parakeets, and other “social animals” pets to keep them happy.

There are even businesses that will rent you a guinea pig to replace your pet if it dies, giving you time to choose a suitable replacement.

You can keep only one cat indoors, but you must provide a window where it can see another cat or allow it to go outside.

Are you susceptible to mosquito bites? Iceland will enchant you!

Iceland is mosquito-free, thanks to a dearth of shallow ponds and temperatures that aren’t conducive to mosquito reproduction. You may sleep with your windows open whenever you wish.

7. Red wine flows from a fountain in Italy

A local vineyard in the northern Italian town of Caldari di Ortona constructed a fountain that splashes red wine instead of water 24 hours a day.

The fountain is intended for pilgrims who are walking the Cammino di San Tommaso, a 196-mile path from Rome to Ortona in order to walk in St. Thomas’ footsteps. Wine is a pleasant way to celebrate after such a long walk.

8. There are many more bicycles than humans in the Netherlands

In the Netherlands, riding is so popular that 84 per cent of the population owns at least one bicycle. With 22.3 million bicycles in the Netherlands for a population of 17 million, bike traffic and congestion are becoming a concern, particularly in Amsterdam.

According to a study from Rutgers University, bicycling is the safest mode of transportation in the Netherlands.

9. San Marino is the oldest “country” in Europe

While Bulgaria is the oldest European country by name, the Republic of San Marino is Europe’s oldest independent state, located within Italy’s borders. It was founded in 301 AD.

San Marino was able to maintain its independence throughout the centuries when other Italian states fought and eventually became part of Italy, thanks in part to its hilly geography.

10. Monaco has the highest life expectancy

Perhaps it’s due to Monaco’s stunning sun-drenched setting on the French Riviera. Perhaps it is due to its large number of well-educated doctors and medical personnel. Perhaps it’s due to the popularity of the Mediterranean diet, which has been identified as the healthiest in the world.

In any case, the average life expectancy in Monaco is 89.4 years, which is the highest in Europe, if not the entire world.

11. More chocolate is bought at Brussels Airport than any other place in the world

We all know how delicious Belgian chocolate is, but who knew it would make the Brussels airport the world’s top chocolate seller? Everyone appears to make a point of buying a box or two whenever they travel through the airport.

There are 24.8 million flights and 67,900 passengers passing through Brussels every day. Even if only 10% of the people bought chocolate, that’s a lot of sugar!

12. It is illegal to wear a swimsuit in public anywhere but the beach in Barcelona

Tourists abound in Barcelona (so much so that they want to put a restriction on the number of tourists who can visit each year). Barcelona enacted a ban in 2011 to prevent tourists from leaving the beaches and roaming the streets of the city in swimwear — and even wearing them in restaurants. Men can wear swim trunks off the beach but must wear a shirt, and women must cover themselves on top and bottom. Besides these fun facts, Europe has a lot of casinos, such as 먹튀검증사이트, when you travel to Europe, you must take a look.

More latest article How Science Began To Use Hybrid Methods